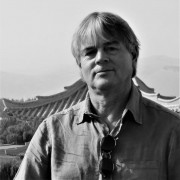 Martin Harper B.A (Hons), M.A. TEFL, IDLTM is from Cambridge in the UK. He taught English as a Foreign Language (EFL) in Britain, Italy and Indonesia before arriving at the University of Macerata in 1992. He currently teaches at the Faculties of Political Science, Economics and Law. While he was living in Java, he travelled widely throughout South East Asia and wrote travel articles for the Jakarta Post newspaper. He is the author of ‘One Nation, One People, One Language: the Story of Indonesia and Bahasa Indonesia’, ‘Business Communication: from Purpose to Objective’, ‘Elementary, My Dear Watson: a Listening Skills Development Course’, ‘Straight to Work / Subito al Lavoro 1’ and ‘Straight to Work / Subito al Lavoro 2’.